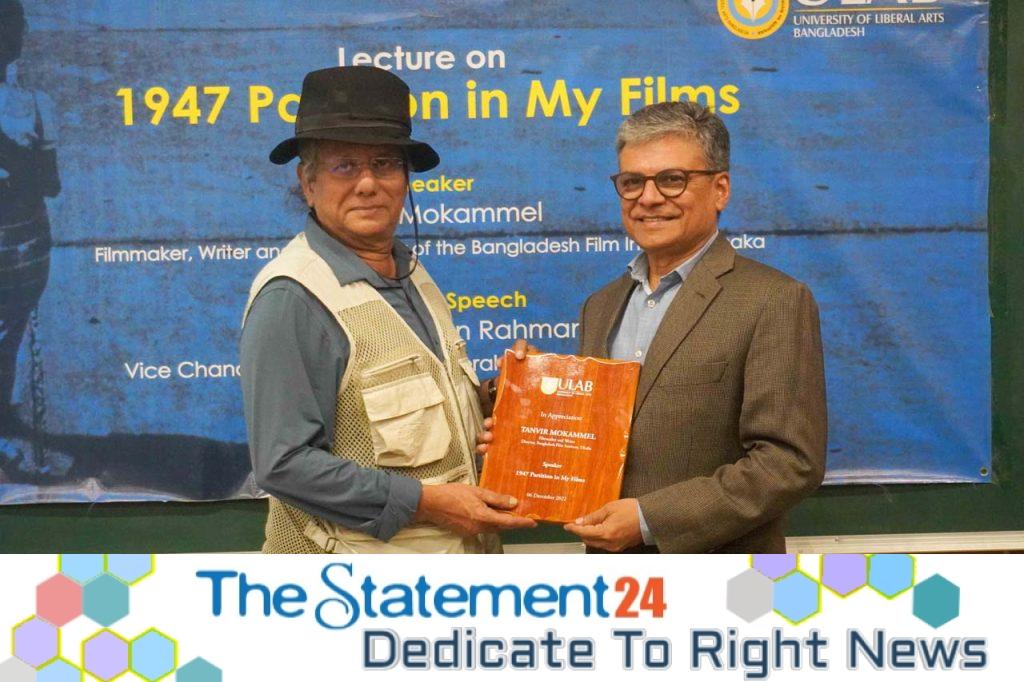 To commemorate December 06, 1971, as the first international recognition day, the Department of General Education (GED) of the University of Liberal Arts Bangladesh (ULAB) organized a lecture titled “1947 Partition in My Films” by a renowned filmmaker of Bangladesh Tanvir Mokammel on Tuesday, December 06. The lecture was held at ULAB’s Main Campus. The Lecture commenced with a welcome speech by the Vice Chancellor of ULAB Professor Imran Rahman. In his speech, he highlighted the role of film to preserve and present history as well as the significance of the film, as a dynamic tool of media of our time and its contribution to culture and society.

In his lecture, Tanvir Mokammel highlighted why the 1947 partition is important to us and how it contributed to/ impacted our land, politics and culture. Several-time winner of Bangladesh National Film Awards Tanvir Mokammel pointed out how the issue of partition has been reflected in his feature documentary films. The seminar was enlightened by the live discussion, questions and answers of the eminent historians, archaeologists, and social scientists, as well as ULAB faculties and students participating in the seminar. Finally, the Professor of Archaeology, Head of the Department of General Education (GED) and the Director of the Center for Archaeological Studies (CAS), University of Liberal Arts Bangladesh (ULAB) Dr. Shahnaj Husne Jahan concluded the event with a vote of thanks.