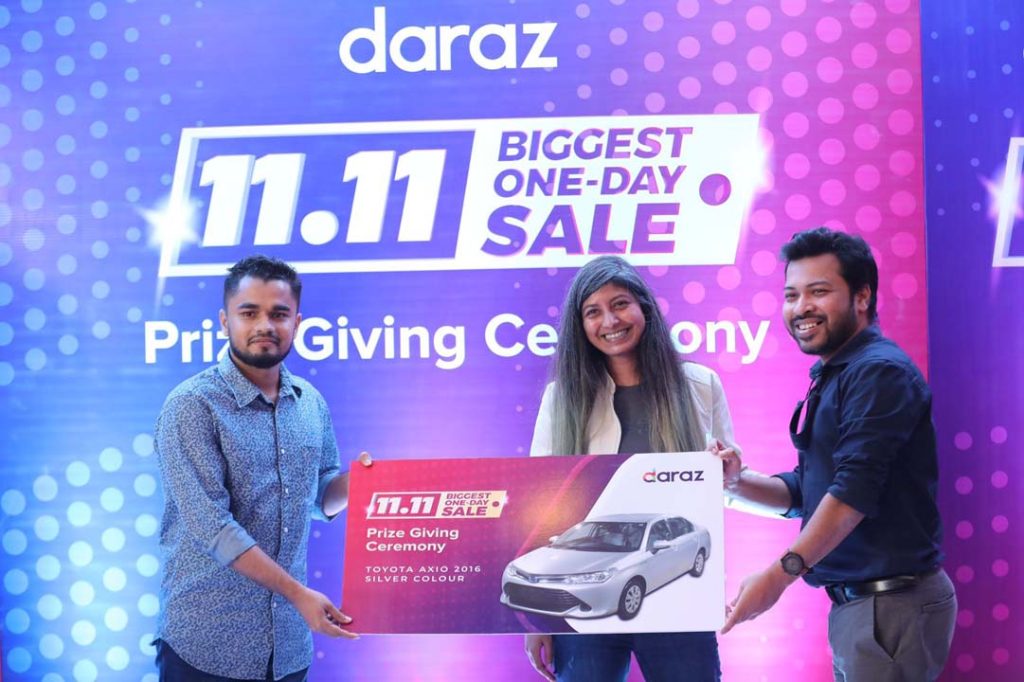 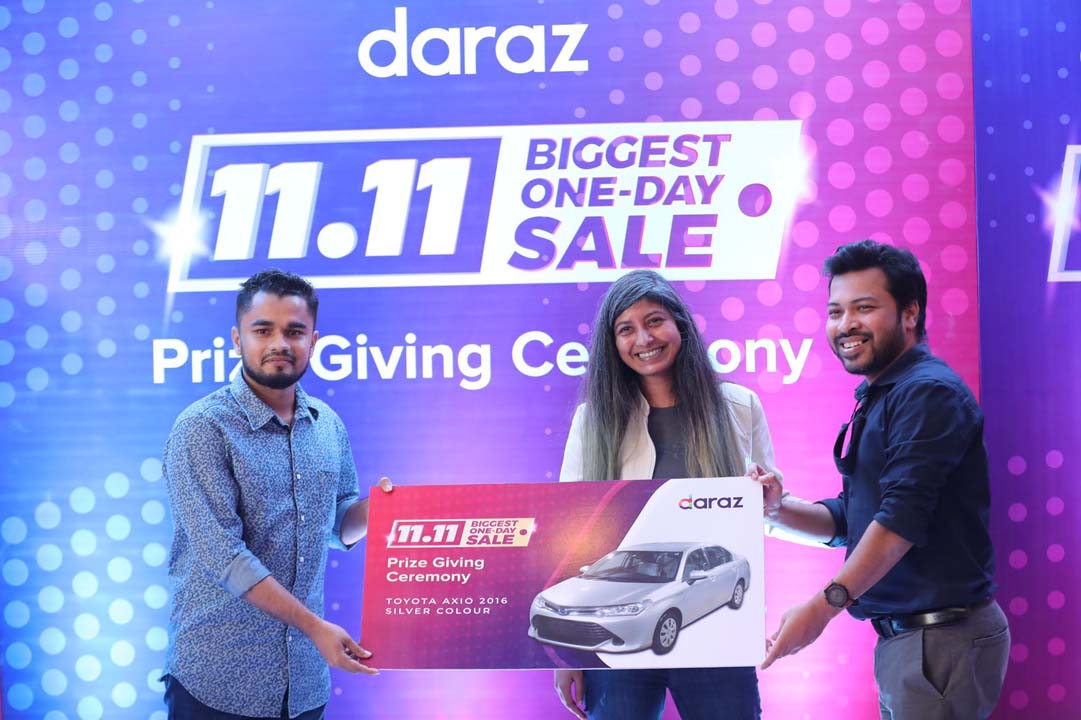 Recently The country’s largest online marketplace, Daraz Bangladesh has recently celebrated the chart success of this year’s 11.11 campaign with a prize-giving ceremony.

In the prize-giving ceremony, Daraz handed over notable prizes to fifty winners participating in various contests that were held during the 11.11 campaign. The event took place at Six Seasons Hotel on November 29, 2021, at 5:00 PM. On this occasion, Md Tajdin Hassan, CMO of Daraz Bangladesh Limited, said, “We are immensely proud and happy with the response of this year’s 11.11 campaign. Customers across the nation took part in the campaign with utter joy and appreciation. We are grateful to them for making the 11.11 campaign a huge success yet again.”

One of the biggest attractions of the 11.11 campaign was the Quiz contest, where participants had the opportunity to win prizes such as cars and bikes. The first winner of this contest is Salehin Kausar who received a Toyota Axio Car. The second, third and fourth winners received a TVS APACHE 4V motorcycle, GPX Demon 165 motorcycle and TVS Apache RTR-160CC motorcycle. The rest of the winners were given television models, smartphones, tour packages, laptops, washing machines, fridges and many more. Winners of ‘Shake Shake,’ ‘ADD To Cart,’ ‘Make a Wish’ contests also received unique gifts and prizes.