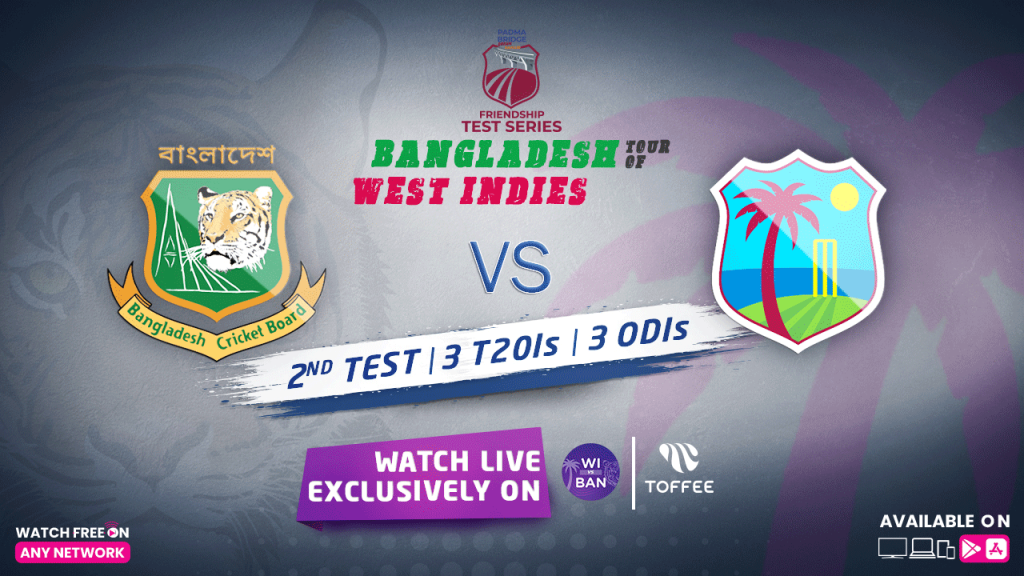 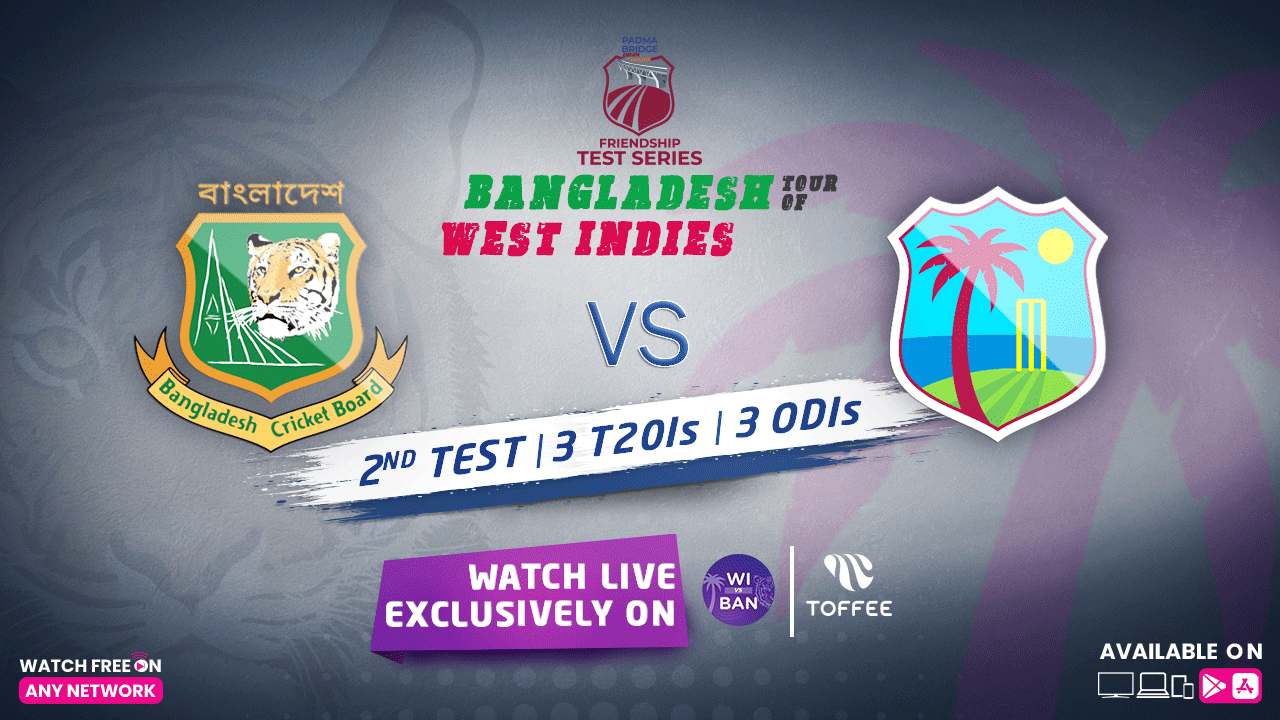 Toffee, a top Bangladeshi digital entertainment platform, is exclusively showing the Bangladesh-West Indies cricket series. In the second test, three T20 and three ODI matches can be watched for free from any network on android and iOS devices and Android TV. Toffee is the exclusive digital broadcaster of this cricket series.
Toffee is currently streaming the second test match between Bangladesh and West Indies at 8:00 PM. The test match started on 24 June. The three T20 matches can be streamed on 2, 3 and 7 July respectively at 11:30 PM. Later, the three ODI matches can be streamed on 10, 13 and 16 July respectively at 7:30 PM. The said schedule is for Bangladesh’s standard time.
The Toffee app has a designated channel for live sports. Viewers will be able to watch Bangladesh-West Indies series matches live on this channel. Channel link: https://toffeelive.page.link/wi-vs-ban-2nd-test
Abdul Muqit Ahmed, Director, Toffee, said, “Banglalink wants to bring major live sports coverages on Toffee round the year. Now the audiences will be able to enjoy Bangladesh vs West Indies matches on the go with the fastest 4G internet.”
He added, “As the first Bangladeshi user-generated content (UGC) platform, Toffee is continuously adding diverse content to the platform. We already have a big Turkish series audience base. Besides, the positive reviews of our first original film ‘Mridha Bonam Mridha’ inspired us to bring more quality content to the platform soon.”
The Toffee app can be downloaded from the Play Store and App Store on Android and iOS devices and Android TV. Some contents can also be viewed on Toffee’s website: https://toffeelive.com/