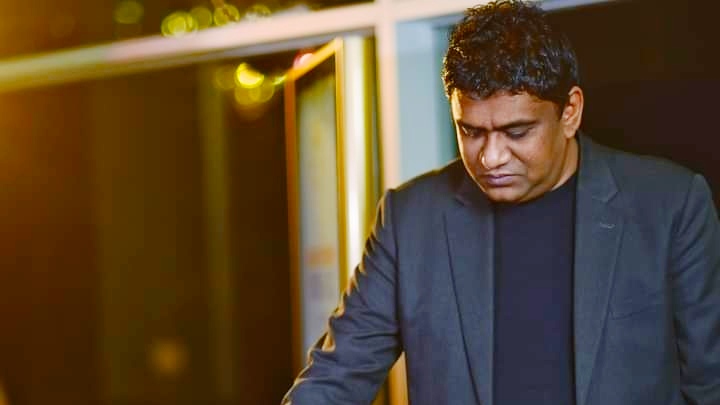 Arman Khan has created a special song dedicated to the late band legend Ayub Bachchu. The title of the song is ‘Asha Jaoa’ written by legendary lyricist Bappy Khan who wrote several all time super hit & well accepted songs of LRB such as Gotokaal raate, Ekhon onek raat, Lokjon kome geche, Shaare tin haat mati etc. In fact, this is for the first time Arman Khan & Bappy Khan have worked together on a song & which is definitely a historical tone for our Bangladesh music industry.

Arman Khan took the initiative and proposed Bappy Khan write a tribute song for AB but Bappy Khan said, “It’s very difficult and pathetic to write a new song for AB but I can provide you one of my lyrics from my Lyrics book which can be dedicated to AB”. Then Arman Khan got the lyrics from him & composed it with his heart full music and sung the song. Being away from music since 2013 Arman recently reintroduced himself with an oven-fresh new number ‘Bondhu’ last February 2021 released from G Series Music. ‘Asha Jaoa’ is also going to be released from G Series Music on 18th October 2021 on the day of the 3rd death anniversary of the great Ayub Bacchu. The music video of this song has been directed by Rayhan Khan.

Arman Khan has been working as the Assistant General Manager of Grand Sultan Tea Resort & Golf which is a true five-star resort of Sylhet region since 2013. Though Arman khan has left music his emotions for the music are still alive as his father & uncle Alam Khan & Azam Khan’s musical family tradition is on his shoulder. Arman’s magical tunes & compositions of Chaander batti & Onko by Biplob, Ojut Lokkho Nijut Koti, Lal bondhu Nil bondhu by Hasan, Bindiare bindia by Andrew Kishore, Nantu Ghatak by Momtaz are still in the heart of the millions. Late. Ayub Bacchu has sung 8 songs to the tune of Arman Khan on the Porikkha & Dost Dushman albums respectively. Arman Khan & Bappy Khan are both hopeful about ‘Asha Jaoa’ as they prepared this song to regain the 90’s rock to knock again.