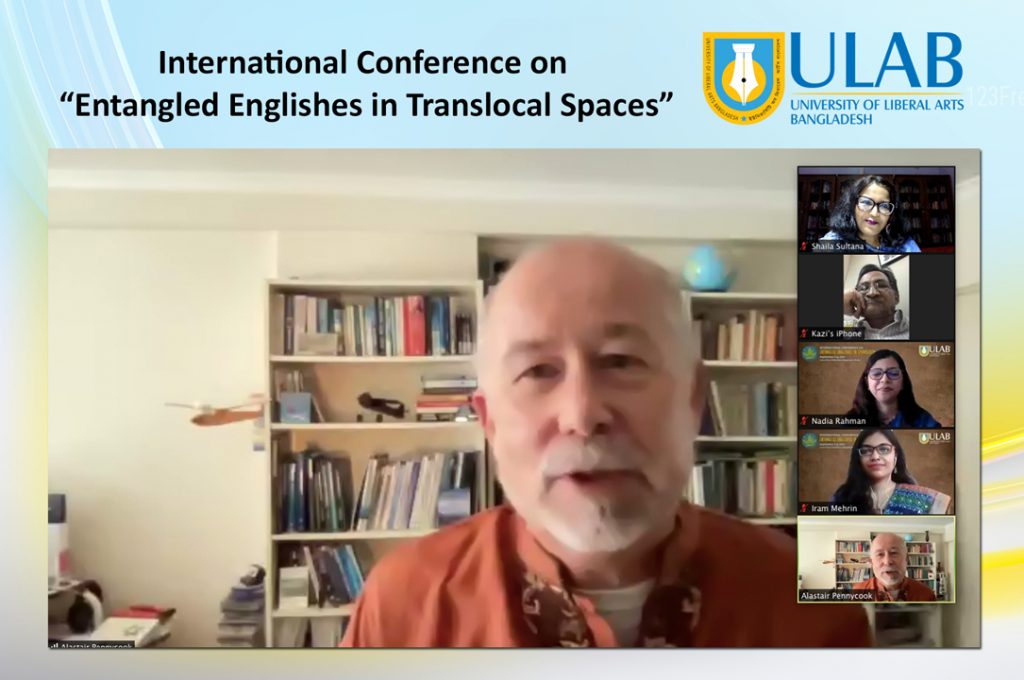 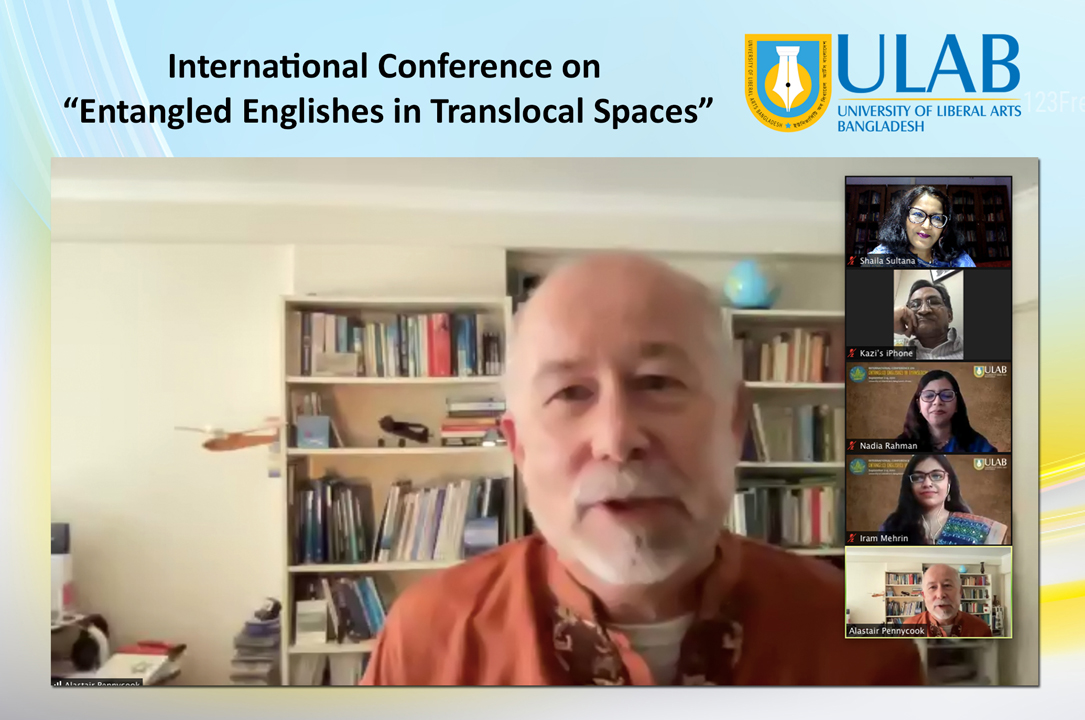 The University of Liberal Arts Bangladesh (ULAB) held a three-day International Conference online titled “Entangled Englishes in Translocal Spaces” from September 2-4, 2021. The conference was organized by the university’s Center for Language Studies and the Department of English and Humanities.

The conference Keynote was rendered by eminent sociolinguist Alastair Pennycook, Professor Emeritus of the University of Technology Sydney. Prof. Pennycook maintained that World Englishes are entangled with social, political, cultural, and material realities of individual and collective lives. He specified that English needs to be decolonized and provincialized.

This interdisciplinary conference included papers by scholars and professionals from ten countries on Englishes to examine their roles in society. The Conference also included three roundtable sessions including the Government, policy-makers and stakeholders.

Acting Cultural Affairs Officer, US Embassy Dhaka, Ms. Sharlina Hussain-Morgan attended the closing ceremony as the Chief Guest with Prof. Imran Rahman, Special Advisor to ULAB Board of Trustees in attendance. The three-day international conference ended with a cultural show presented by the students of the Department of English & Humanities, ULAB.