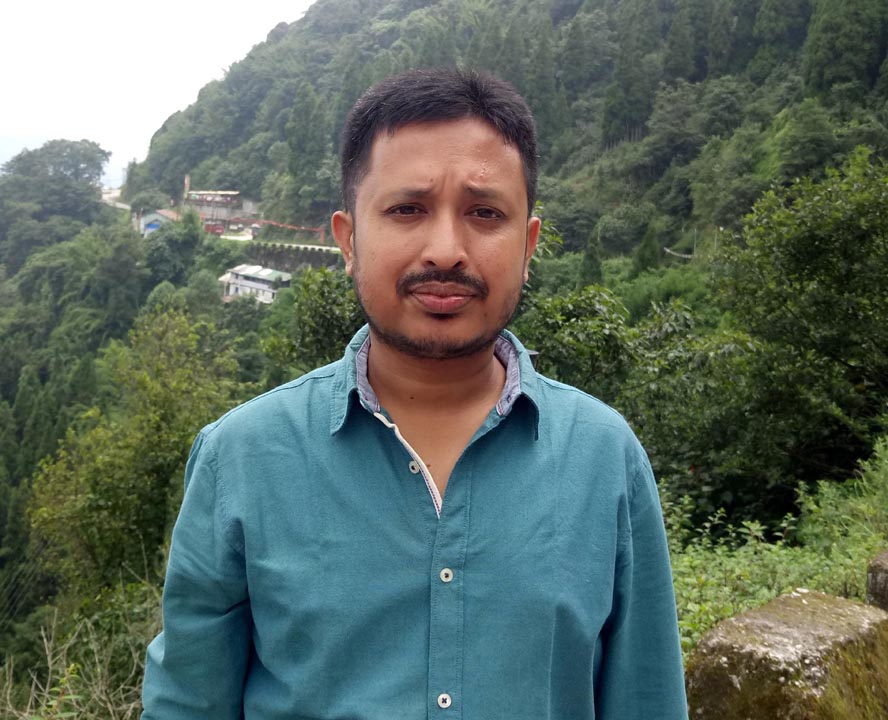 The song ‘Hridaya Diye Shono Hridayeri Kotha’ has got 82,000 views on YouTube so far. Written by Gulshan Habib Razib, the song is tune and composed by Rakib Mosabbir. The song has been released on Tune Factory YouTube channel. This is the first song written by Gulshan Habib Razib. As a new lyricist, the song has been praised by the audience. Although he wrote this first song, he has already written dramas and telefilms. Gulshan Habib Razib has been working in the media since 2000. Initially, he started working as a feature writer for various national dailies of the country. His writings are regularly published in Entertainment Reporting and Ramya Magazine. He later worked as a sub-editor at Fashion Bichitra magazine.

In 2013, the serial drama ‘A’s Story’ about crime, miracles and darkness was aired on Banglavision. The series was made up of a different story in each episode about the real events of crime around us. It is directed by Tanvir Hossain Prabal and presented by Shamim Shahed. Playwright Gulshan Habib Rajib wrote several episodes of this popular series.

Gulshan Habib Razib wrote the thriller telefilm ‘The Mastermind’ made for Banglavision on the occasion of Eid-ul-Azha in 2021. Directed by Golam Sohrab Dodul, the telefilm starred Salahuddin Lavlu, Manoj Pramanik, Nazia Haque Orsha and many more.

At present 2 programs are being aired on Banglavision produced by Gulshan Habib Razib. The program ‘Top Tracks’ with the best video tracks of the week from home and abroad is being broadcast every Sunday at 7 pm. And the program ‘Cinema Gaan’ with popular songs of Bengali movies is being broadcast every week from Sunday to Thursday at 1.30 pm. Both the programs have gained viewership. Regarding the ‘Top Tracks’ program, Gulshan Habib Rajib said, “Thanks to the head of Banglavision’s program, Tarek Akhand Bhai, because he has planned this program.”

It may be mentioned that Gulshan Habib Razib is currently working in the position of Senior Executive, Program and PR in the popular satellite TV channel Banglavision. He was born in Tentulia upazila of Panchagarh in the northernmost district of Bangladesh.